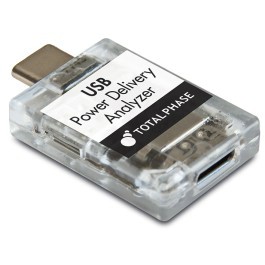 END_OF_DOCUMENT_TOKEN_TO_BE_REPLACED

Type-C or not to Type-C This week's episode of Fish Fry starts off with a bang -- the Big Bang! We investigate a new study from a multi-national team of researchers that investigates the cosmic microwave background of the universe. This research team claims that hidden in this cosmic white noise is "substanial proof" that we live in a holographic universe.

END_OF_DOCUMENT_TOKEN_TO_BE_REPLACED Watch this short video and learn how to test your active cables within seconds.

END_OF_DOCUMENT_TOKEN_TO_BE_REPLACED 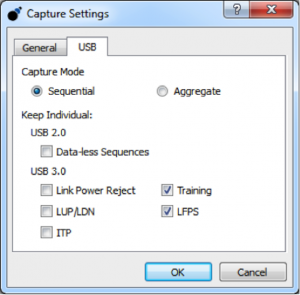 I just started using the Data Center Software with my new Beagle USB 480 Power Protocol Analyzer to analyze the communication from my PC to an MCU using CDC. It works great and it’s easy to use – but I have one question.

END_OF_DOCUMENT_TOKEN_TO_BE_REPLACED In this video, you'll learn how to use a SIGLENT SDG2122X arbitrary waveform generator and an SDS2304X oscilloscope to find the 3dB point of an RF filter. Also, confirmed it using an SSA3032X Spectrum Analyzer.

Have a closer look at Siglent instruments here

END_OF_DOCUMENT_TOKEN_TO_BE_REPLACED

How to Trigger on I2C address

Triggering is a crucial feature on oscilloscopes and logic analyzers. It allows you to capture signals at very specific instance that is relevant to your application. As embedded systems complexity increases, so does the need for complex triggering.

In this quick tutorial we show you how to configure ScanaQuad logic analyzer to trigger on a specific I2C transaction.